AMP REACHES A RECORD FIGURE IN SELF INCOME

The Panama Maritime Authority (AMP) sets a record in self-generated income, accumulating collections of USD186.1 million, which represents a 30% growth compared to 2020, where USD143 million were collected, mainly due to the pandemic. It should be noted that this is the largest collection obtained in the history of the AMP. 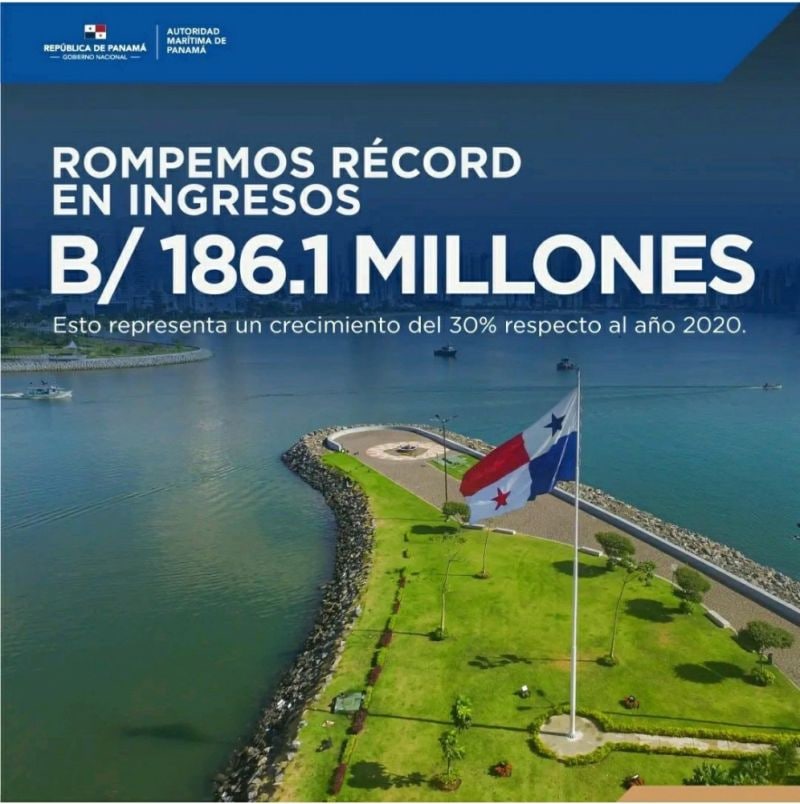 The solid financial strategy and the approach established by the AMP administration to increase revenues focused on the growth of the Panamanian Merchant Marine fleet, renewal of marine licenses, port services, incentives for the generation of new concessions and operating licenses, effective management in the consular collection, among others that have been the pillar to achieve this impact on the finances of the institution.

Likewise, the AMP shows the strength of its work team in the efficient management of the assigned budget, achieving a budget execution in investments that totals 97% (USD 47 million), and in operation, it reaches an execution of 93%, which represents USD 155 million.

Of the total of USD 155 million, only USD 45 million were required for its operation and the rest, USD 110 million, are contributions to the National Treasury. These contributions are part of the economic reactivation of the country since it allows to bring well-being to the people, through the performance of social works such as health centers, sports facilities, aqueducts, schools, among other infrastructures that help improve the quality of life of Panamanians.

Not surprisingly, maritime services represent one of the largest engines of the country’s Gross Domestic Product and income to the National Treasury, as it is reflected in the 2,763 million dollars that since 1998, with the creation of the AMP, have been collected by the entity, which has resulted in a contribution to the Central Government of 1,750 million for social works in the country.